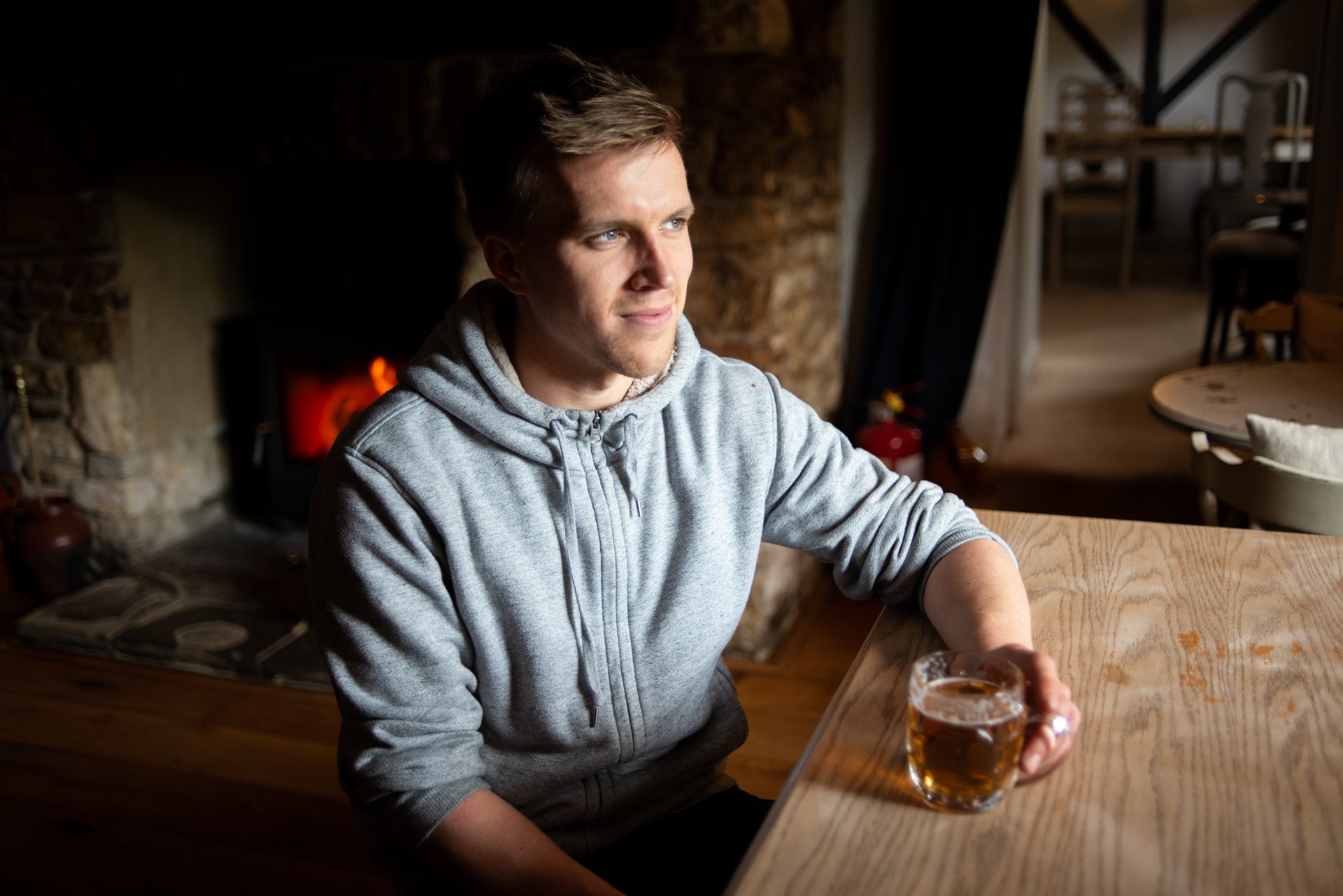 16 Oct Alex from Earth Ale having a break from foraging – Photo of the Month, September 2018

Posted at 10:25h in Photography Journal by Chris King

This is a portrait from a new project I’ve started on small-scale, artisan producers who represent an alternative to the large-scale, industrial processes used to produce so much of the food available to us in supermarkets.

The shot was taken in a pub in Oxfordshire, where we had a lunch – and a half-pint of the local brew – and a break from foraging for wild hops, elderberries and blackberries – ingredients for Alex’s next batch of beer he’ll brew in his micro-brewery in Wood Green, North London.